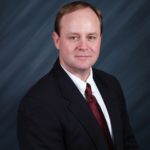 Chris Orestis, president of Life Care Funding Group, is a thirteen-year veteran of both the insurance and long-term care industries. His career began with senior positions on a number of political campaigns before working in 1993 and 1994 for both the White House and the Senate Majority Leader on Capitol Hill. He spent the next several years representing the health and life insurance industry as vice president and senior vice president respectively for the Health Insurance Association of America (HIAA) and the American Council of Life Insurers (ACLI). In 1999, HIAA awarded him the Robert R. Neal Medal for distinction and service to the industry. Now a principal with Life Care Funding Group, Chris is an acknowledged expert on insurance and long-term care issues. He is a frequent speaker and a featured columnist and contributing editor to a number of industry publications.