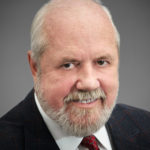 As the founder of Perkins Eastman, Bradford Perkins has directed over 500 architectural, planning and interior design projects for a diverse range of clients including many projects in each of the firm’s 12 major practice areas. He is recognized internationally as a specialist in several building types including senior living, healthcare, housing and education, and has authored more than 80 articles and seven books including Building Type Basics for Senior Living—the most comprehensive textbook on senior living planning, design and development. He has directed senior living projects throughout the US. In addition, over the last 15 years much of his work has been overseas including many projects in China, India, Japan and several other countries. His and the firm’s projects have been widely published and have received over 200 awards for planning and design excellence.