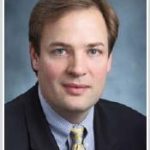 Daniel Hermann joined Ziegler in 1987 and is the head of Ziegler’s investment banking practice and a member of the Board of Directors. In addition, he directly manages Ziegler’s senior living practice nationwide. During his tenure Dan has become a leading investment banker in the senior living industry and has far-ranging experience in the management, structuring and financial analysis of every type of senior living financing. In his 25 years with Ziegler, Dan has structured and managed more than 185 senior living financings exceeding $5 billion. He has utilized his expertise to create financing structures for a large clientele — from stand-alone nursing homes to multi-facility, multi-state systems including start-up campuses, and campuses undergoing major renovation projects. He has previously been named to the Contemporary Long Term Care 2005 CLTC Power & Influence Top 25 listing, the magazine’s selection of today’s decision makers “who hold the reins and help shape the path” for senior living. Dan has lectured at Harvard and internationally on senior living finance (its historical trends, strategic positioning issues, growth potential and other), served as a member of the CARF-Continuing Care Accreditation Commission’s Financial Advisory Panel.