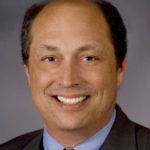 David Lindeman joined CITRIS in 2013. In addition to his role as Director of Health Care at CITRIS, he also serves as the Director of the Center for Technology and Aging (CTA) and Co-Director of the Center for Innovation and Technology in Public Health (CITPH), in partnership with the Public Health Institute. CTA is a national research and resource center that focuses on the development and scaling technology-enabled programs that improve the independence of older adults. CITPH advances the use of technology to support the improvement of population health. Previously, he was the founder and director of the Mather LifeWaysInstitute on Aging in Evanston, IL, where he was responsible for developing and implementing evidence-based applied research programs, demonstration projects, education programs and dissemination initiatives. He has also held positions as Associate Professor of Health Policy at the Rush Institute for Healthy Aging, Rush University Medical Center and Co-Director of the University of California, Davis Alzheimer’s Disease Center. Dr. Lindeman received his PhD and MSW in social welfare, health services research, and gerontology from UC Berkeley and his BA from the State University of New York, Binghamton.