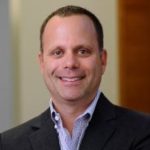 Daniel M. Klein is the Senior Vice President – Deputy Chief Investment Officer of Health Care REIT. Klein joined Physicians Realty Trust (NYSE: DOC) in 2016 in a consulting role. During his time as a consultant, he worked alongside the DOC executive team in the strategy, pursuit and execution of targeted acquisition opportunities that met the company’s objectives.Prior to his consulting role, Mr. Klein worked for many years at Welltower (NYSE:HCN).

Klein sits on several prominent industry boards, is a frequent speaker and has published articles in the medical office space. Mr. Klein was Co-Founder and President of CB Richard Ellis/Reichle Klein, a full-service commercial real estate firm. He is an attorney and holds IREM’s CPM© designation.

He received a BS from the University of Virginia, where he was a four-year member of the men’s golf team, and a law degree from The University of Toledo College of Law. He currently lives in Charleston, South Carolina with his wife, Robin and four daughters.