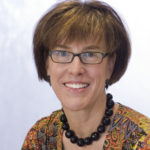 Ms. Duker joined Shelter in 1982. She began her career as a developer and since then, she has been involved in every phase of Shelter’s operations and growth. Ms. Duker became a Partner and President of Shelter Development and Shelter Properties in 1995 and of Brightview Senior Living in 2008. Ms. Duker has overall responsibility for directing both the operations and long term growth of The Shelter Group and Brightview Senior Living.

Prior to joining Shelter in 1982, Ms. Duker served as a Presidential Intern at the U.S. Department of Housing and Urban Development (HUD). She worked in both HUD’s Regional and Headquarters offices, as well as for the Boston Housing Authority.

Ms. Duker serves on the Loyola University Maryland Board of Trustees, the University of Maryland at Baltimore BioPark Corporation (Chair), Mercy Health Systems (Vice Chair), the Downtown Partnership of Baltimore, the Open Society Institute-Baltimore, the PNC Greater Baltimore Advisory Board, the National Investment Center for Seniors Housing Operator Advisory Board and the Executive Board of the American Seniors Housing Association. She is also a graduate of the Greater Baltimore Committee LEADERship Program.

Ms. Duker is a graduate of the College of Wooster and has a Master’s Degree from the Massachusetts Institute of Technology.