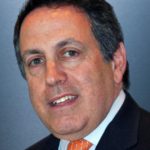 Mr. Ordan was named chief executive officer of Sunrise in November 2008 after joining the Company in March 2008 as the chief administrative and investment officer. He also serves on the Company’s board of directors.

Mr. Ordan is a graduate and former board member of Vassar College and received his MBA from Harvard Business School.