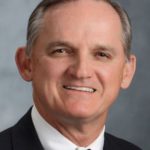 Michael Kelly joined the senior living team at Ziegler in 1999 with an extensive and diverse background in senior housing and health care development and finance. Mike’s primary focus at Ziegler is investment banking and financial advisory services for nonprofit senior housing and retirement community sponsors in the Mid-Atlantic and the Southeast.

Prior to joining Ziegler, Mike served as chief executive officer of a national development firm providing turnkey development, marketing and management services for nonprofit continuing care retirement communities. In this capacity, he directed startup CCRC developments aggregating nearly 1,000 independent living units and more than $245 million in funded capital. His experience also includes 12 years as a healthcare finance lawyer with a national law firm, where he served as bond and underwriter’s counsel for more than $2 billion in financings for hospitals, retirement communities, nursing homes, and other healthcare facilities, and two years as a public finance investment banker with E.F. Hutton & Company, where he structured and managed tax-exempt bond issues for a wide range of government entities throughout the southeastern United States. At Ziegler, he has served as lead banker on a wide range of senior living issues, including startups, repositionings, and refundings.

Mike received his undergraduate degree from Davidson College in Davidson, NC and a law degree from Vanderbilt University in Nashville, TN. From 1993-2000, he served on the Governor’s Continuing Care Advisory Council of the State of Florida and recently served as a board member of the Georgia Institute on Aging (an affiliate of Aging Services of Georgia). He is a Certified Aging Services Professional, a member of the CARF-CCAC Financial Advisory Panel, and a member of the State Bar of Georgia.