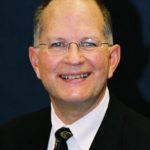 Steve joined Ecumen in April of 2003 and has more than thirty years experience as a leader in business, government and the military. His strengths are leadership and entrepreneurship; he has engineered several successful turnarounds of financially distressed enterprises. He holds a BA from the University of Minnesota and has been Chief Executive Officer of two major entertainment venues, the Texas Aquarium, Corpus Christi, and Underwater Adventures at the Mall of America. Steve also served more than 28 years in the United States Army and Army Reserve, holding a variety of command and senior staff positions. At Ecumen, Steve is Senior Vice President, Business and Fund Development, and is responsible for business growth, revenue expansion and new market development, and has played an integral role in transforming Ecumen into a diversified Senior Housing and Services Company.