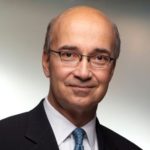 Joe Lupica is a veteran healthcare industry advisor. During his career, he has served a variety of nonprofit, corporate and public-sector clients as an investment banker, attorney and development officer, providing capital formation, governance advice, and affiliation services.

Joe pioneered an award-winning community collaboration model to build consensus when not-for-profit or public-sector hospital leaders consider affiliation objectives and evaluate transaction options. In dozens of projects, his teams have produced innovative transaction structures for the transformation of hospitals and healthcare networks. He has also provided guidance to help local hospital leaders stand firm against mergers that would not advance their institutions or the communities they serve.

For seven years prior to joining Newpoint, Joe was President of Stroudwater Capital. Joe was also as a Regional Vice President for one of the nation’s largest hospital systems. During his Wall Street career, Mr. Lupica was a senior officer of Kidder, Peabody & Co., where he served as a member of the firm’s Operating Committee, Vice Chairman of KP Global Markets, President of Kidder Peabody China, and Senior Vice President of Corporate Business Development. Prior to joining Kidder, he was Vice President and Executive Director of Corporate Finance at Goldman, Sachs and a partner in a major Connecticut law firm, where he was a leading bankruptcy attorney and business litigator.

Joe served in the Reagan White House as Special Assistant for Intergovernmental Affairs, and served a cabinet officer as Special Assistant to the Secretary of Housing and Urban Development. During his federal service – as now – he has focused on local and regional issues faced by community officials and the people they serve.

Joe is a nationally known speaker on healthcare issues. He has lectured and led seminars on healthcare and corporate development at the Fortune 500 Global CEO Conference, the New England Society of Healthcare Strategy, the American College of Healthcare Executives, Yale School of Public Health, Cornell Law School, Yale School of Management, Arizona State University, and UCLA’s Anderson School of Management and has been named a Visiting Scholar by the University of Iowa. He is scheduled to lead a major panel discussion on affiliation strategy at the ACHE Biennial Congress in March 2013.