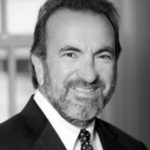 Mr. Nemzoff’s primary area of expertise is the development and implementation of acquisition, divestiture and merger plans for hospitals and hospital systems. He has served as the project director and lead negotiator for more than $10 billion of healthcare merger and acquisition transactions.

Founded in 1994, Nemzoff & Company is the leading provider of Merger and Acquisition services to acute care hospitals in the United States. Mr. Nemzoff has been involved with more than 200 merger & acquisition engagements, and is nationally known as one of the leading hospital merger and acquisition experts in the country.

Prior to forming Nemzoff & Company he was a Partner with Ponder & Co., and was in charge of the merger and acquisition division. Ponder & Co. is the leading financial advisory firm to non-profit hospitals in the United States. Mr. Nemzoff was the Director of Acquisitions for HealthTrust, Inc. (HTI) in Nashville, Tennessee before joining Ponder & Co., where he was in charge of buying and selling hospitals for the company, which was the second largest for-profit hospital system in the country. While at HTI, Mr. Nemzoff was the project director and lead negotiator for numerous merger & acquisition transactions.

Before joining HTI, Mr. Nemzoff was the Regional Director for Healthcare Mergers and Acquisitions for Ernst & Young’s Southeast Region. Based in Miami, he was in charge of a significant number of acquisitions and divestitures throughout the region.

Mr. Nemzoff has a BA from the University of Pennsylvania, an MBA from New York University and an MPH from Columbia University.