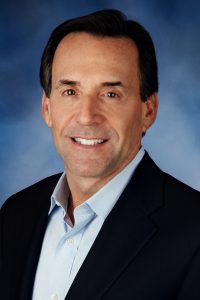 Lawrence A. Cohen served as Chief Executive Officer of Capital Senior Living Corporation from May 1999 until his retirement in January 2019 and was the Company’s Chief Financial Officer from November 1996 to May 1999.  Under Mr. Cohen’s leadership, Capital Senior Living expanded its operating platform from 27 communities with a resident capacity of approximately 5,000 to 129 communities with a resident capacity of approximately 16,500 and increased its ownership of senor living communities from 12 to 83 properties.

From 1991 to 1996, Mr. Cohen served as President and Chief Executive Officer of PaineWebber Properties Incorporated, which controlled a real estate portfolio having a cost basis of approximately $3.0 billion.  Mr. Cohen was a founding member and is a Past Chairman of the Board of Directors of the American Seniors Housing Association and served on the Operator Advisory Board of the National Investment Center for the Seniors Housing & Care Industry.  He is also Chairman of the Senior Living Hall of Fame Committee and was recognized as the Alzheimer’s Association’s 2018 Brain Ball National Honoree.  Mr. Cohen received an LL.M. in Taxation from New York University School of Law, a JD from St. John’s University School of Law, and a BBA in Accounting from The George Washington University.  Mr. Cohen is an attorney and is also a Certified Public Accountant (currently inactive).