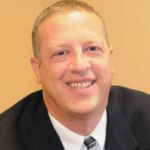 Paul Brand is a graduate of Robert Morris College in Pittsburgh where he majored in accounting with a minor in mathematics. Paul was hired as Concordia’s first full-time Controller in December 1988 and was named the organization’s first Chief Financial Officer in February 2000. Paul previously worked for three years for the Big Eight accounting firm of Deloitte Haskins & Sells in Pittsburgh. He passed the CPA exam in 1989. He has previously served on the LeadingAgePA Audit Taskforce and currently serves on the association’s Financial Issues Committee. Paul is currently responsible for analyzing merger and acquisition opportunities for Concordia, as well as assisting in the integration of new communities into the Concordia system.