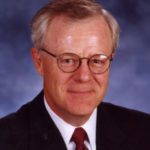 Paul Dendy was a founder and is Chief Executive Officer of Milestone Retirement Communities, LLC, located in Vancouver, Washington. Milestone began operations in April 2008 with 5 retirement communities and 289 resident units. Currently, Milestone manages 27 communities totaling 2,715 resident units, plus an adult day care with average daily attendance of over 40 seniors. Milestone’s management team owns all or part of 14 of the 27 communities or operating businesses.

Paul has worked in the seniors housing field since 1989. He has served in finance, development, acquisitions and senior executive roles in public and private companies with as many as 3,000 seniors housing units. He has acquired or developed and financed several dozen retirement housing properties. Previously, he had extensive careers in venture capital and public accounting.

He has been active within retirement housing industry groups and was previously a member of the Board of Directors and the Owner/Operator Advisory Board of NIC.

Paul holds a BA in Finance and an MBA, both from the University of Washington. He is proudest of being a grandfather of 9.