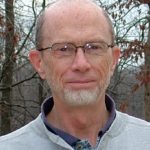 Robert Traer is currently the chair of the Environmental Concerns Committee of Pilgrim Place, a retirement community. In 2001 Robert joined the faculty of the Dominican University of California where he continues to teach ethics online. Robert is the author of the textbook “Doing Environmental Ethics” (Westview Press, 2008 and 2012). From 1990 to 2000 he directed the International Association for Religious Freedom (IARF) and represented the IARF at the United Nations. In 2002 he was a Resident Scholar for a month at the Tantur Ecumenical Institute for Theological Studies in Israel. In the spring of 2005 he served for three months with the Ecumenical Accompaniment Program in Israel/Palestine, which is sponsored by the World Council of Churches.