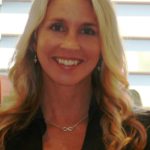 Suzanne Hodge Pugh has been on staff at Aldersgate United Methodist Retirement Community for over 16 years. She served as the Director of Marketing for over ten years and then in 2007 received her Nursing Home Administrator’s license and her certification as an Assisted Living Administrator and was named the Chief Operating Officer at Aldersgate. In 2011 she became CEO and continues to serve in that role today.

Prior to coming to Aldersgate, Suzanne was the Director of Development and Church Relations for the United Methodist Agency for the Retarded (UMAR). She also worked for a number of years on the psychology staff in the prison system with the N.C. Department of Correction. Suzanne is a graduate of UNC-Chapel Hill and was in the graduate program in Clinical Psychology at UNC-Charlotte. Suzanne is a native of Charlotte, NC. She was blessed to have adopted a wonderful son who is now seven and is the central focus of her time and attention when she’s not working with and for the elders at Aldersgate.