CBRE In The News 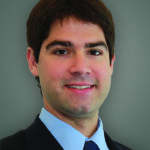 Aron Will began his career with the predecessor company to CBRE Capital Markets, and helped launch the senior housing debt practice for the firm. Today, Mr. Will is Executive Vice President and Co-Heads National Senior Housing Debt & Structured Finance for CBRE Capital Markets. His specialty is the capitalization of Independent Living, Assisted Living, Alzheimer’s Care and Skilled Nursing facilities. Over the past 10 years, the Mr. Will’s team has closed approximately $5.7 billion in debt and equity for this specialty type and is one of the few real estate investment advisors whose platform includes: Fannie Mae (DUS certified lender), Freddie Mac (seller/servicer) and HUD/FHA, along with all the traditional lending sources. CBRE has been a Top 2 senior housing originator from 2010 through 2014. In 2014, CBRE was Freddie Mac’s #1 senior housing originator in the country. In the 24 months ending December 2015, Mr. Will’s team originated over $2.34 billion in senior housing debt across 132 assets nationwide.

Matthew Whitlock, Vice Chairman, joined the CBRE National Senior Housing Group in July, 2008. The 22-year senior housing industry veteran was Director of Acquisitions for a nationwide owner and operator of premier senior housing communities and was responsible for all aspects of the Acquisitions Division, acquiring over 28 communities valued in excess of $2 billion. Most recently in his capacity as Vice President and Director of Senior Housing for a major full-service commercial banking group, Whitlock originated over $3.5 billion in senior housing mortgages.