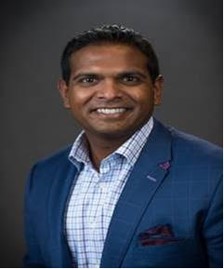 Vikas Gupta is Senior Vice President of Acquisitions & Development and has served in this capacity since April 2015.  Mr. Gupta is involved in acquisitions, construction, and capital expenditure activity, overseeing a team of investment professionals, while being one of the primary contacts for operator relationships at Omega.

From 2003 to July 2011, Mr. Gupta served in various roles at Capital Source Finance, most recently as a Sr. Loan Officer/VP, where he oversaw a portfolio of healthcare assets. He also currently serves as a Board Member for the Foundation for International Medical Relief of Children (“FIMRC”) and the Alzheimer’s Association of Maryland.

Mr. Levin is the Senior Vice President, Real Estate and joined Aviv in 2011. He has been involved in real estate development for over 32 years. Mr. Levin previously served as the President Continental Wingate Development Company where he focused on development and construction activities, concentrating on healthcare and senior housing. Mr. Levin attended the Boston Architectural Center.

Omega Healthcare Investors In The News 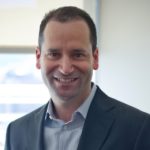 Steven Insoft is the Chief Corporate Development Officer, Omega Healthcare Investors, Inc. Before coming to Omega Healthcare, Steven worked as the President & COO of AVIV REIT. And prior to joining their in 2005, Mr. Insoft spent eight years as a Vice President and Senior Investment Officer of Nationwide Health Properties, Inc., a publicly-traded REIT. Before that, he was President and Chief Financial Officer of CMI Senior Housing & Healthcare, Inc., a privately-held nursing home and assisted living facility operations and development company, for seven years. Steven received an M.B.A. from Columbia University and a B.S.E. in Electrical Engineering from the University of Pennsylvania. 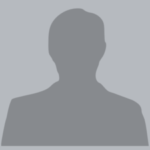 Daniel J. Booth is the Chief Operating Officer (“COO”) of Omega Healthcare Investors, Inc. (NYSE: “OHI”) and has served in this capacity since October 2001. Mr. Booth’s responsibilities as COO include the oversight of Omega’s portfolio of investments, which include nearly 300 skilled nursing facilities located in 32 states with 35 third party operators. In addition, Mr. Booth is responsible for initiating, underwriting and documenting new acquisitions. Prior to joining our company, Mr. Booth served as a member of Integrated Health Services’ management team since 1993, most recently serving as Senior Vice President, Finance. Prior to joining Integrated Health Services, Mr. Booth was Vice President in the Healthcare Lending Division of Maryland National Bank (now Bank of America).