CareTrust REIT, Inc. is a publicly-traded real estate investment company engaged in the acquisition, ownership and leasing of seniors housing and healthcare-related properties. In 2014 CareTrust was spun out of The Ensign Group, one of the country’s premier post-acute care and seniors housing providers.

CareTrust REIT In The News 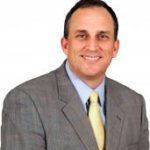 President and CEO of CareTrust REIT

Mr. Stapley is the President and Chief Executive Officer of CareTrust REIT. He has served in this position since our inception in 2014.

Prior to joining CareTrust, he served as Executive Vice President and Secretary of Ensign, where he was instrumental in assembling the real estate portfolio that was transferred to CareTrust in the Spin-Off. A co-founder of Ensign, he also served as Ensign’s Vice President, General Counsel and Assistant Secretary beginning shortly after Ensign’s founding in 1999.

Mr. Stapley previously served as General Counsel for a national manufacturer, wholesaler and retailer with 192 retail outlets across the United States. Prior to that, Mr. Stapley was a partner of the Phoenix law firm of Jennings, Strouss & Salmon PLC, where his practice emphasized real estate and business transactions and government relations.

Having served as Executive Vice President of Ensign since 2009 and as Vice President and General Counsel of Ensign from 1999 to 2009, Mr. Stapley brings to our board of directors extensive management experience, critical knowledge of our properties and knowledge and understanding of the healthcare business in general. 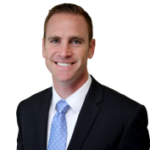 Director of Investments at CareTrust REIT

Mark Lamb is the Director of Investments at CareTrust REIT. He has served in this position since July, 2014. His duties include investment underwriting, due diligence, business development and asset management.

Prior to joining CareTrust, Mr. Lamb operated one of Plum Healthcare’s flagship facilities from 2011 to 2014. Between 2008 to 2011, he served as the Director of Investments at Nationwide Health Properties, Inc., a healthcare REIT. During those three years, he underwrote and helped acquire over $1 billion of new investments across the Seniors Housing and Skilled Nursing sectors.

Prior to his time at NHP and PLUM, Mr. Lamb served as a Regional Administrator at North American Health Care, Inc., he worked as a Portfolio Manager at J&B Asset Management (now TruAmerica Multifamily) and as an Investment Associate at The Bascom Group, a private equity real estate investment firm.

Mr. Lamb has been a licensed nursing home administrator since 2002 and holds an MBA from the University of Southern California.